Strong and consistent traction is arguably the most important element in a basketball shoe. If the contact between the shoe’s sole and the court isn’t tacky enough at all times – the rest of the shoe’s aspects are lost in the midst of you slipping all over the place. Today, I’ll be talking about methods on how to make basketball shoes sticky.

We’ll be breaking down as to why basketball shoes lose traction over time, how to understand the difference between deteriorating traction and a shoe with just bad traction in general, ways to maintain and improve grip on the court and I’ll also be throwing some extra tips.

HOW A SHOE GRADUALLY LOSES GRIP

So let’s start off with breaking down the exact reasons as to how and why you experience progressively worse traction on the court in a basketball shoe. 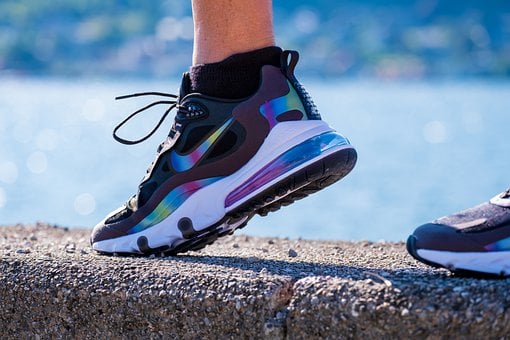 Some of this will sound quite obvious for some of you, however, I feel like it’s still being overlooked and in result, mostly blamed on the shoe when you start slipping all of a sudden.

Sure, there are shoes with straight-up bad traction, to begin with, but you have to know the difference.

Let’s say you bought a pair of kd 15 that you’re planning on playing for a long period of time.

The first few months in, they feel fantastic, the shoe is great overall and the outsole bites the floor like crazy, you have zero complaints.

8-10 months in, and you all of a sudden start feeling not as confident while playing in the shoes, the bite of the outsole is not as strong and you’re starting to slip on more aggressive movements occasionally.

The traction is not as consistent and not as strong, and it’s getting worse until the point when you’re sliding all over the place, not having a clue what’s going on.

THE RUBBER COMPOUND: MAKE OR BREAK 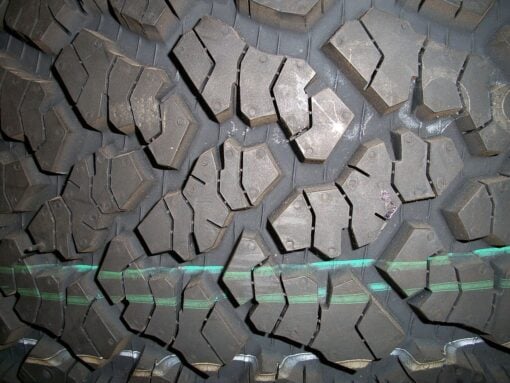 The very first thing you should pay attention to when it comes to assessing a basketball shoe’s traction is the rubber used on the outsole.

The rubber compound used on the shoe can oftentimes be a make or break factor in terms of grip and its longevity.

Shallow, thin rubber that’s pliable will break down quickly and you’ll start slipping with a blink of an eye.

It’s usually best to inspect a shoe live or at least read a quality shoe review, so you’d be able to find out if the shoe’s rubber on the outsole is durable.

Thicker, less pliable rubber will come a long way in serving you for longer, no matter the court condition.

You can apply as many tricks as you want, if a shoe’s rubber is burned due to it being unreliable, there’s nothing to be done there – a new pair of kicks will be unavoidable.

To combat this at least somewhat, stay away from outdoor courts if a shoe seems to have shallow, soft rubber. Stick with indoor courts which should help preserve the rubber and increase longevity.

Aside from the thickness and shallowness of the rubber, the actual type of rubber compound used is just as important.

You can mainly notice four types of rubber being used on shoes’ outsoles: solid/traditional, multi-colored, translucent, and XDR (for outdoor use).

The most common types today are solid and translucent rubber compounds, with certain shoes coming in multicolor variants.

Even though it’s commonly known that the standard or solid one-color rubber is generally the most reliable and effective on most courts, translucent outsoles are becoming more and more common and with that – gradually better.

Translucent outsoles literally used to be throwaway type traction, mainly due to the fact that it wasn’t as advanced and would break down much quicker than solid rubber would, not to mention it wouldn’t bite the floor as hard.

Still though, if I had to choose between solid rubber, multicolor and translucent rubber to put on the same shoe, I’d still go with the good old solid rubber compound. It’s still technically the most reliable option with the least amount of poor performing models released throughout the years.

It all starts with the rubber being used but the rubber has to be used efficiently to provide multi-directional coverage for the player, no matter the court, movement, or any factor that can come into play. 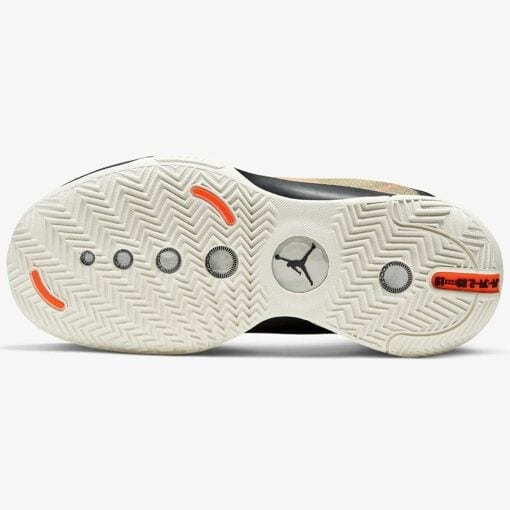 The design of that pattern has a direct effect on how well the shoe bites the floor, how consistent the bite is, and how prone the outsole is to collecting dust on the court.

This means that the denser the pattern is, meaning more tightly spaced, the more trouble you’ll generally have with dust and other particles picked up from the court by the outsole.

On the other hand, make the pattern too spaced out and you risk of losing traction, as well as consistency. It’s a very fine line shoe designers have to achieve to make high-quality traction.

So, if you notice that you’re experiencing worse traction overtime but the rubber compound seems to still be in good condition, chances are, the traction pattern picked up a lot of dust or other particles inside the grooves, resulting in slipping and decreased performance.

A quick wipe or two of the outsole with a sweaty or wet hand will fix this for a while but if it’s kinda going out of control – it’s likely the traction pattern to blame. You’ll want to make sure to stick with a pattern that’s not too dense and all over the place – this usually leads to high sensitivity to dust.

Over the years, several different traction patterns have become staples in lots of shoes released throughout the years.

One of them being the herringbone traction pattern. It’s easily the most common pattern you’ll see on a performance basketball sneaker and for good reason – it’s still perceived as one of the most reliable, effective, and consistent patterns today.

A good example of a recent shoe with this pattern choice is the Air Jordan 36 (a FANTASTIC basketball shoe by the way).

I would generally recommend going with this option if you can – pretty much all shoe stores/retailers will let you know if the shoe sports the classic herringbone.

THE COURT: KEEP IT CLEAN!

Now I know a lot of you don’t have 24/7 access to a pristine condition gym. Some of you probably play on a high school court, while some of you might be hooping in a dusty 24-hour fitness court or a park outside. 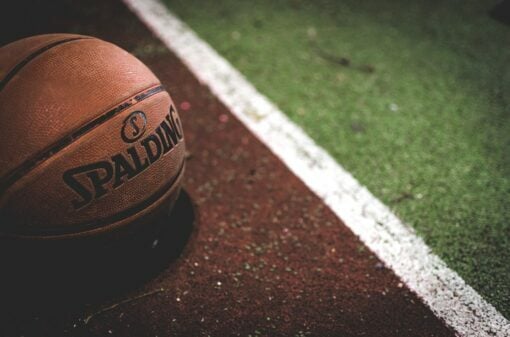 The reason I’m saying this is because the court you play on also has a direct effect on the shoe’s traction and whether you experience that sticky feel or not. The cleaner the court is, the better traction you’ll experience.

Old, dirty courts will result in quicker dust buildup in the shoe’s outsole, which results in slipping. Or you might be playing outdoors on concrete, which means rocks and other debris will come into play, causing weaker traction.

Of course, most of the time – you cannot control this factor if you don’t own your own space to play in but it’s worth taking this factor into account when it comes to assessing the traction of a shoe.

Your shoe’s condition might still be great, the rubber isn’t worn out, the traction pattern used is reliable and not prone to collecting debris but you’re still sliding all over the place. Well, it’s time to take a good look at the court you’re playing on, and if possible, do something about it.

HOW TO MAINTAIN STRONG TRACTION

Now that we broke down the meat of the factors that go into designing and assessing the shoe’s traction, let’s talk about some stuff you can do to preserve good traction for as long as possible.

Note, if your shoe’s rubber is quickly burning out, or the outsole is picking up dust like crazy – there’s hardly anything you can do about that. The first step is to make sure the shoe does its job properly – which is why you need to assess that part first, before jumping into other solutions.

Putting your hand and swiping across the shoe’s sole is the GOAT when it comes to a quick traction fix. Ideally, you’d want to dip your hand into the water but if you can’t do that in the middle of a game, a quick wipe with your hand will still do the trick.

The most common debris that builds up inside the shoe’s traction is dust and that means you can easily take care of that residue by wiping it off. This will be your go-to weapon if your shoe and/or court causes lots of buildup over a short period of time. 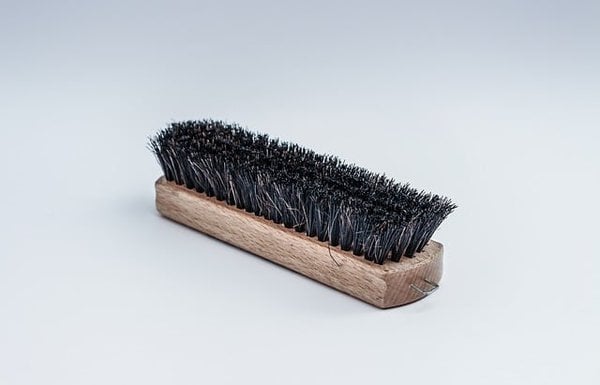 Despite the fact that a quick wipe helps a lot, you’ll still want to make sure you’re cleaning and taking care of the shoe’s outsole periodically (along with cleaning the shoe itself as well). A wipe won’t take care of the dust or rocks that built up deeper into the traction pattern. The outsole will also become less sticky due to it being simply dirty.

When you notice leftover debris inside the Jordan 1 Retro Yellow Toe that’s been there for a while, it’s probably time to clean the outsole.

Get a shoe bristle brush or a toothbrush, dip it into a mix of water and laundry detergent, and rinse the outsole ’till it’s clean. For anything that doesn’t get out, get yourself a toothpick, and take care of the rest. Make sure to wipe the outsole off with a dry cloth or paper towel, don’t leave the sole wet.

This will come a long way into keeping the traction nice and sticky! 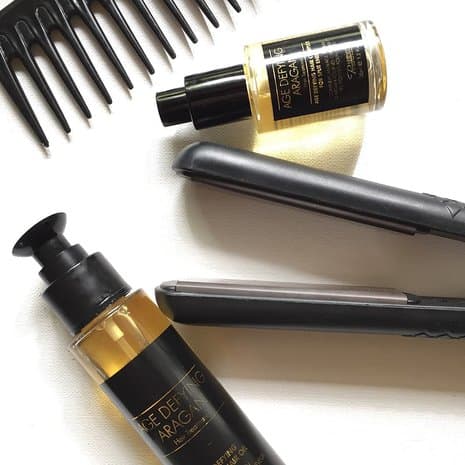 Yes, you read it right. If you have some hair spray lying around, apply a few squirts to a clean outsole. This will add some grip and stick to the shoe and you’ll definitely feel it. However, make sure not to overdo it or do it too often – the results can be damaging and lead to all-around poor traction.

GRIP ENHANCING PRODUCTS: DO THEY WORK? 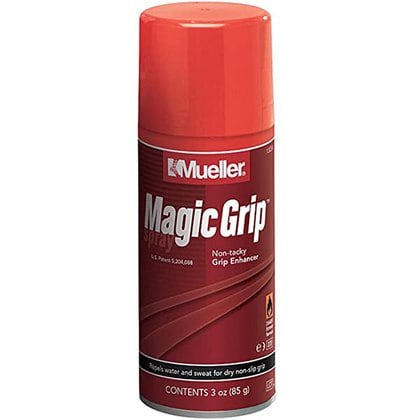 There have been several “grip-enhancing” spray products on the market for a while now – but should that grab your attention?

This one’s a bit tricky – the spray itself does seem to work into making the surface of the sole stickier which results in better contact with the ground.

However, just as I saw a lot of positive reviews online, I’ve also seen plenty of negative feedback – way too many people claim that using the spray regularly for a long period of time causes damage to the outsole and poor traction overall.

I personally haven’t tried these sprays just for this reason – not saying that you shouldn’t either, but take the claims with a grain of salt. I would generally stay away from such stuff and stick to the basics that work.